Brunei LNG Plant in Lumut in the early days. 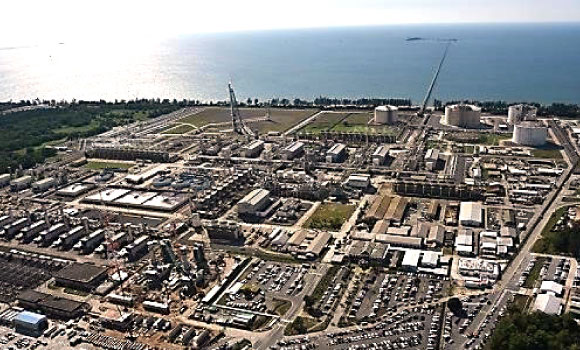 Substantial gas reserves were discovered beneath the waters of Brunei Darussalam in the 1960’s. At first, Brunei Darussalam’s distance from potential markets threatened the viability of development, as reserves of this scale were typically piped to nearby customers. Gas liquefaction technology was in its infancy, and there was little experience shipping liquid-gas over long distances. Despite these uncertainties, the country pioneered a development that would change the gas industry and the world energy scene. The Liquefied Natural Gas (LNG) plant in Brunei, the first in the Western Pacific, was completed in 1972. The project was an ambitious joint venture between the Government of His Majesty the Sultan and Yang Di-Pertuan of Brunei Darussalam, Shell Overseas Holdings Limited and Mitsubishi Corporation. The project was successful, and pioneered the large-scale liquefaction and transportation of natural gas, helping to establish LNG as a global energy source. 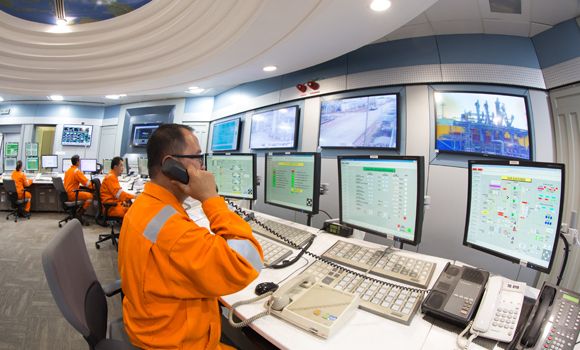 In 1972, the custom-built LNG carrier, the GADINIA, made the first long-distance ocean voyage of its kind to deliver Brunei LNG’s first cargo to the Osaka Gas Corporation terminal in Japan. Ventures modelled on the Brunei LNG project were subsequently developed in Indonesia, Malaysia and Australia. Some 30 years later, the Brunei LNG operation is still setting an industry standard for safety and efficiency.

Shell gas carrier the GADINIA loading at Lumut in November 1980, with the 1000th cargo of Brunei LNG for Japan. 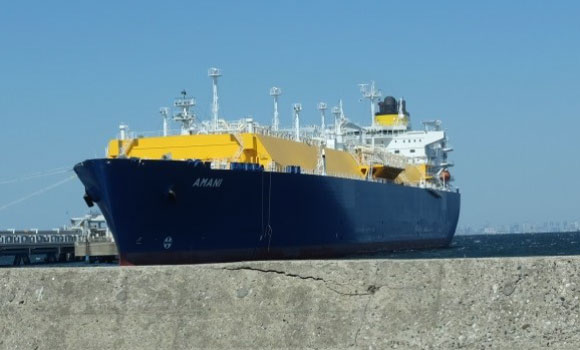 The 130-hectare Brunei LNG plant was designed to service the projects original 20-year supply commitment. In 1993 B$500 million dollars was invested in a major facility rejuvenation to extend the plant life. In the same year, Japanese buyers extended their Sales and Purchase Agreement for another 20 years. A year later, South Korean customers made a short-term agreement, which led to long-term contracts from 1997 onwards. In 2004, Brunei LNG embarked on a second major plant rejuvenation project. Some 20 major activities were included in the Asset Reference Plan (ARP), budgeted at some B$500 million. The full ARP is due for completion in 2010, and will extend the plant life by another 60 years. Natural gas is now Brunei Darussalam’s major revenue earner. Annually, more than five million tonnes of LNG is shipped to long-term customers in Japan and South Korea in an operation that has remained on schedule for more than 40 years, delivering some more than 7,300 cargoes (more than 260 million tonnes) of LNG.